Clownin’ around at the rodeo 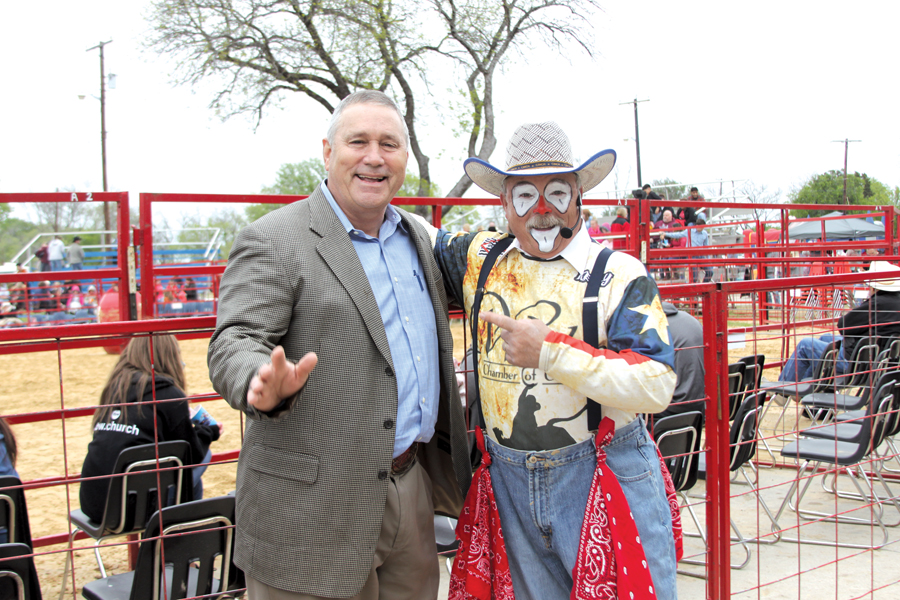 Most people visit the rodeo for the high-octane excitement. From barrel racing to bull riding, there is surely plenty of suspense that happens in the ring. But it’s hard to imagine those death-defying acts being much fun to watch if it weren’t for the other man in the arena, the clown. Rodeo clowns serve an important role, both helping to make sure the cowboys stay safe and the show goes on. Kelly Clark is one cowboy and clown that takes both his jobs very seriously, silly face and all.

For Clark, competitive rodeo is in his blood. His dad was a world champion all-around cowboy and bull rider during his childhood, and for decades he followed in those legendary, boot-clad footsteps.

“I rode bulls for 32 years,” Clark said. “I rode bulls in high school. I went to college on a rodeo scholarship. I applied my entire life and being to bullring, and I think I had some success with that,” Clark said.

After graduating from Tarleton College, Clark traveled to nearly every state in the United States riding bulls, and barrel racing, though he’s quick to admit that was never his forte. “I focused on the bull riding so I could go further and faster.”