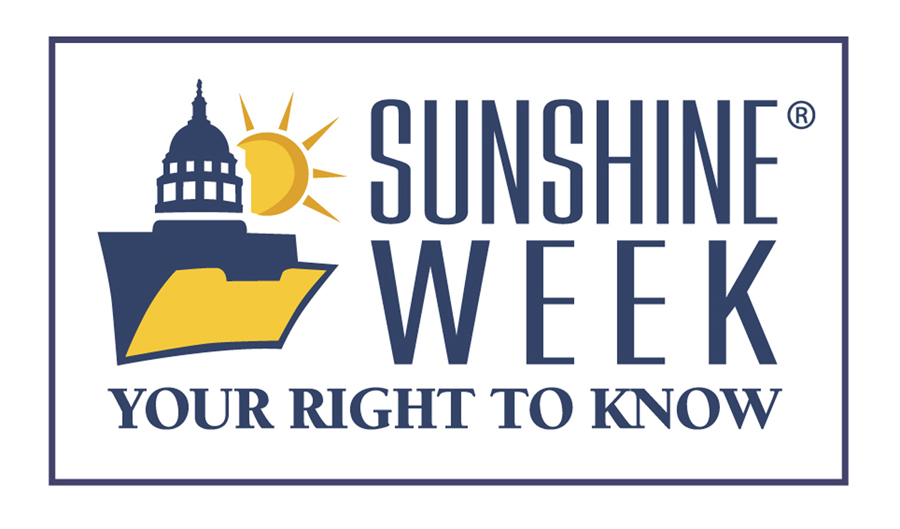 This is Sunshine Week, an annual media campaign that highlights the need — and right — to know what our elected officials are doing and how our tax dollars are being spent.

The late U.S. Supreme Court Justice Louis Brandeis said it best: “Publicity is justly commended as a remedy for social and industrial diseases. Sunlight is said to be the best of disinfectants ….”

In other words, public officials and others are more likely behave when they know that people are watching.

Many officials or group leaders try to shed that light. In some more repressive countries they control media and even restrict public access to radio, television and internet outlets. They withhold information about their actions, and try to delegitimize news media by trying to convince people that they only offer “fake news.”

Our government is designed to utilize public participation, by voting officials in and out of office, attending meetings and hearings and petitioning our government for certain actions. So those meetings must be open to the public, and notice of those meetings must be published so that the people can attend if they wish. That’s why everyone, not just the news media, must have full access to public information.

Officials might consider such oversight a nuisance, thinking they could do their work more efficiently if people would just stay out of the way. But, as the many criminal cases against Rio Grande Valley officials over the years have shown, some elected officials abuse their access to the public purse strings to benefit themselves, friends and family.

And so it’s important to maintain vigilance, and news media have a two-pronged commitment to our public. We report the news, and also wage a constant campaign to defend public access to information, so that you can decide for yourselves what news is valid and which is fake.

Vigilance is especially important this year when the Texas Legislature is in session. Members of the Texas Press Association, including this newspaper, and other organizations are monitoring bills that affect public access to information. We will support those that support public access and oppose those that try to restrict it.

Government officials and offices can put up roadblocks ranging from outright denial to unreasonable fees for providing public information. Or they can make legal challenges that can make people question whether the information is worth the trouble.

Of course, that right, and our efforts, continue year-round. But during this Sunshine Week, we shine the light a little brighter on the need to keep the public informed, and our government accountable.

By Carlos A. Rodriguez • Opinion Editor for The Brownsville Herald

END_OF_DOCUMENT_TOKEN_TO_BE_REPLACED

By John Moore I don’t recognize toys anymore. Our grandkids are coming from out of state to visit and I can’t find anything to get them as a surprise. Why? I don’t know what anything is or does. Toys should teach you how to prepare for life and be fun. Bakugan –...