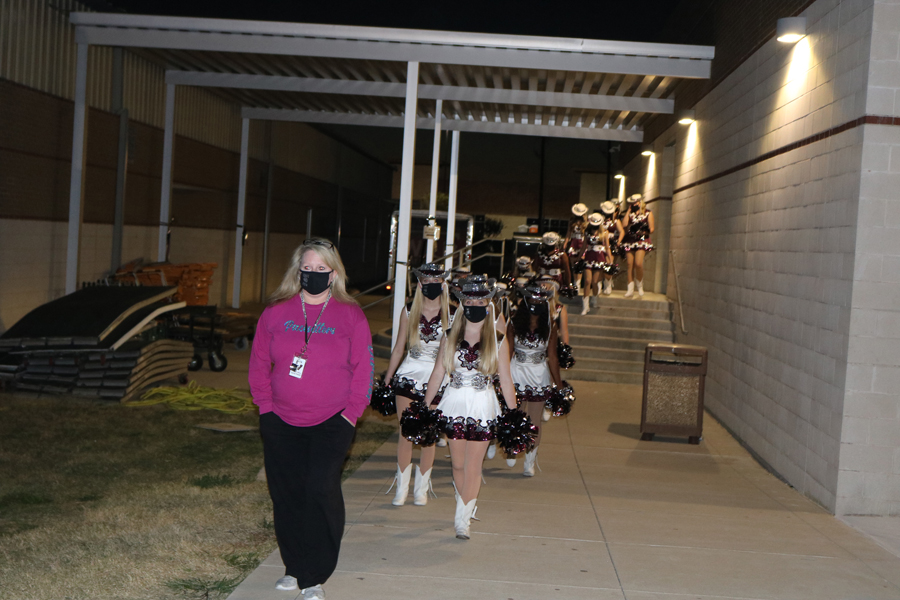 Longtime Pacesetter Director Michelle Rodges leads the girls onto the field. Rodges has been directing the Wylie High drill team since 1994.

Setting the pace since ’94

The Pirate Pacesetters’ uniformed dance style, tra­ditions and award-winning reputation can all be attribut­ed to one woman whose leadership and dedication has guided teams for the last twenty-six years.

Michelle Rodges, Pace­setter Director since August 1994, drives from Frisco to Wylie every school day to do what she loves — teach multi-level dance classes, serve as Friends of Rachel co-sponsor, and oversee the audition-selected Paceset­ters made up of 70 members freshmen through seniors.

Under her tutelage, the Wylie HS drill team has a long list of awards from lo­cal, state and national com­petitions. Rodges herself has the title of Drill Team Direc­tors of America’s (DTDA) Director of the Year 2007 and Top Ten Director of the Year two different times. She continues to be an active member of Texas Dance Ed­ucators Association, certified contest judge for Showtime International, and long-time supporter of the Dallas Hol­iday Parade.

For the full story, see the Dec. 2 issue or subscribe online.