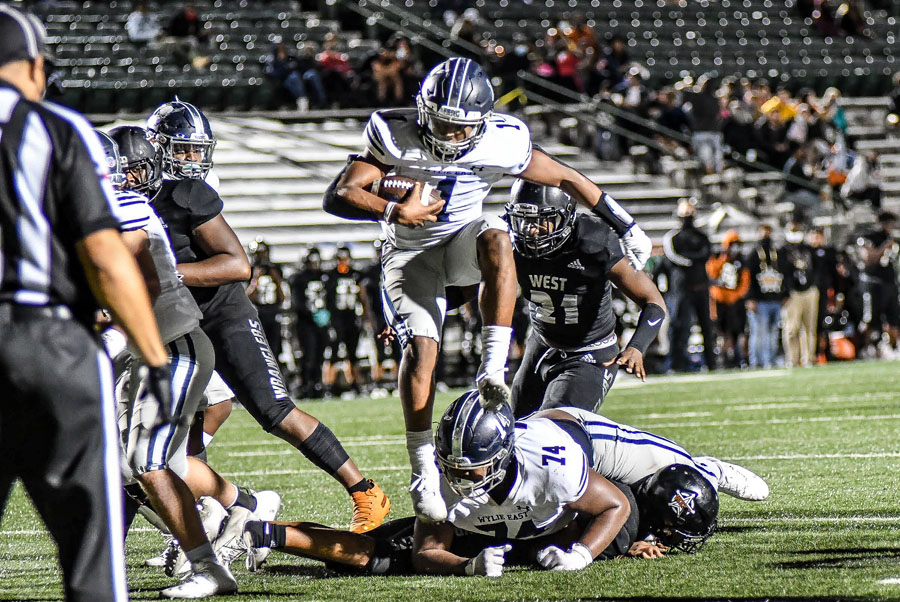 MESQUITE – Wylie East’s Nov. 19 clash with West Mesquite was a composite of the Raiders’ 2020 sea­son.

There were big plays by East, big plays against them and in the end the Raiders were on the short end of of the score, falling 41-27 to the Wran­glers at Mesquite Memorial Stadium.

The defeat dropped the Raiders to 1-6 overall and 0-5 in District 7-5A, Div. I with just one game left in the season.

East got off to a good start when Maddox Fraley intercepted a pass and returned it to the Wrangler 8-yard line early in the first quarter. Two plays later, Christian Johnson barreled into the end zone from two yards out for a 7-0 lead.

West Mesquite responded with a 75-yard march that ended when Craig Dale, one of several quarterbacks used by the Wranglers, found Javion Jackson for a 13-yard touchdown pass. The Raiders blocked the extra point to keep a 7-6 lead with 4:42 left in the first quarter.

For the full story, see the Nov. 25 issue or subscribe online.

The Texas Department of State Health Services released updated COVID-19 information for Jan. 15. All counts, except for hospitalized cases, are compiled from the TDSHS website. State officials listed
View on Facebook
· Share