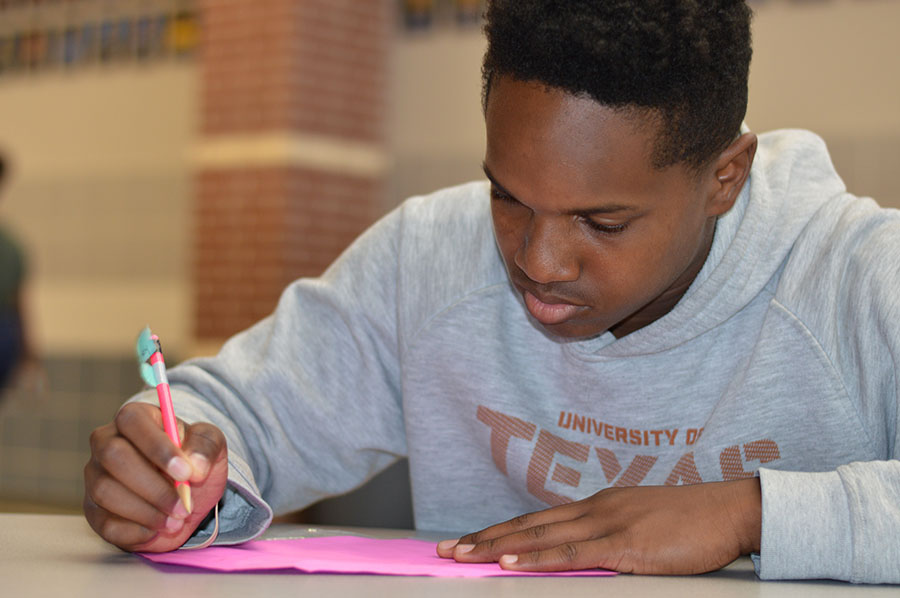 Wylie East freshman Christian Johnson was chosen to attend the National Academy of Future Science and Technology Congress. The Academy is a way to honor students who excel in science related classes.

It’s not everyday someone from a small town like Wylie gets noticed by a Nobel Peace Prize winner. Freshman Christian Johnson was nominated to attend the National Academy of Future Science and Technology Congress, a membership organization chartered in 2014 to inspire and support all K-12 and college students.

“At first I was confused,” Johnson said, “Not everyday something like this happens.”

The Academy is for students who wish to devote their lives to science and technology. Johnson plans to go into Sports Medicine when he’s older.

“Christian has been a great student this year,” Sports Medicine Teacher Mr. Andrew Brockway said. “It’s obvious that he shows a lot of care for the subject.”

“I had no clue who he was and never talked to him,” Johnson said, “It meant a lot that he nominated me just because of my work and not attitude.”

After receiving the letter, Johnson spent time thinking about his family.

“My family has helped me so much to get here,” Johnson said, “I don’t know how I’ll be able to repay them.”

Johnson and his family will attend the National Academy of Future Science and Technology Congress in Massachusetts from June 29 – July 1. According to The National Leadership Academics, he will meet deans of top universities like Harvard, world leaders in science and discuss state-of-the-art inventions

“I’m very excited to see where this leads me on my path to college.” Johnson said.