Wylie Police are investigating the death of a 2-year-old girl Thursday morning in a pond at South Fork Mobile Home Park on Hwy. 78. 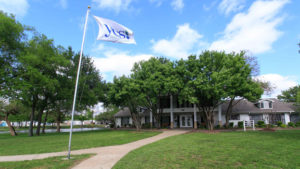 Officers responded to a call reporting the incident at 11:32 a.m. and found that the victim had been removed from the pond and that CPR was being administered. Wylie Fire-Rescue took over CPR efforts and transported the child to a Dallas area hospital, Sgt. Donald English reported.

The 2-year-old was pronounced dead at the hospital.

Preliminary investigation showed the girl exited her residence unnoticed and fell into the pond. She was located and removed from the pond by her father, English said.

The victim’s name is being withheld at this time until other family members can be notified.