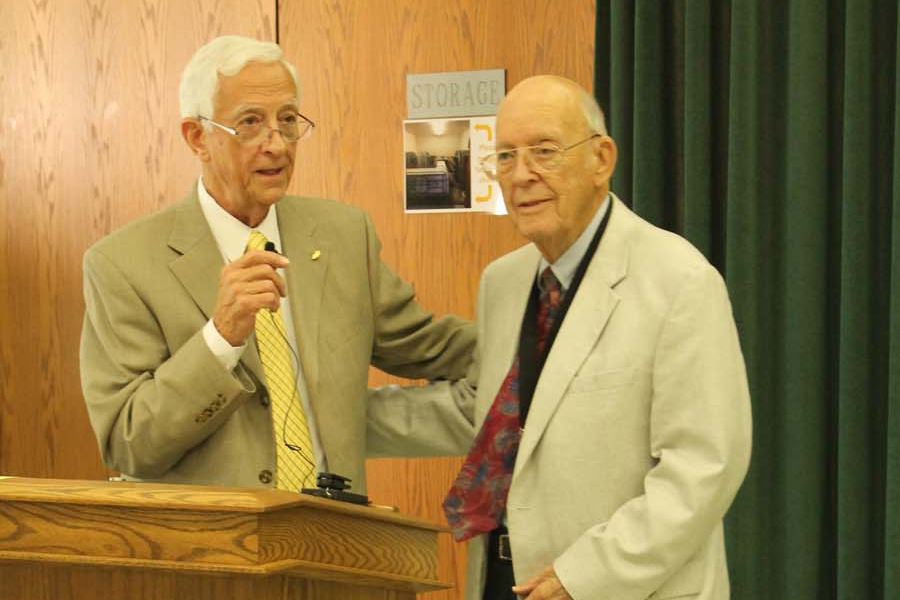 Wylie Chamber of Commerce sponsors the lunch at 11:30 a.m. to usher in a week of giving and prayer throughout the community, Nov. 14-23.

“I hope at the luncheon to raise $25,000,” Christian Care Center President Raymond Cooper said. “We are hoping to raise $110,000 for distribution for the year.”

Cooper pointed out that the major portion of donations to the center are received from Thanksgiving through the middle of January, and the luncheon jump-starts the giving season.

On tap at the luncheon are a brief talk by Dr. Al Draper, who founded the center with Cooper in 1974, and an auction of baked goods and various items. Cooper and Draper will also accept donations from businesses and organizations typically presented at the kickoff event.

From Wednesday through Thursday, Nov. 15-16, commodity and cash collections will be held at all Wylie schools. Cooper reported that students and school staff account for the bulk of food items collected each for the center.

A community-wide Thanksgiving service will be conducted from 6 p.m. until 7 p.m. at First Baptist Wylie, located at the corner of Oak and First streets. Additionally commodity and cash donations will be collected at Wylie churches.

A Day of Prayer and Sacrifice is set from noon until 6 p.m. Monday, Nov. 20, during which churches are encouraged to open their doors to allow members time to spend in prayer and pledging to make some special sacrifice.

Also on Monday, downtown Wylie merchants will start a week of collecting food and cash donations for the center.