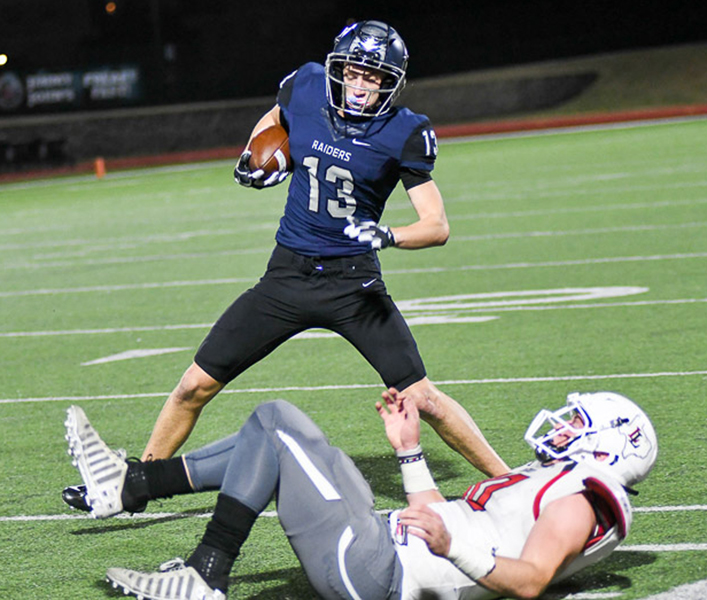 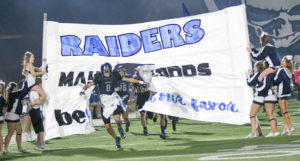 Click on the above picture to view more photos

WYLIE —The Raiders’ tough 2017 season continued last Friday, as East dropped a 28-21 homecoming decision to Lovejoy. The defeat dropped Wylie East to 0-4 in District 15-5A and 1-6 overall with three games left in the season. The first of those will be Friday against West Mesquite at Hanby Stadium.

HP leads the district at 4-0, with North Forney also being 3-1 like West Mesquite. Lovejoy and Poteet are each 2-2, while Forney and Royse City are each 1-3.

It was the Leopards who drew first blood last Friday, as they stalked their way 70 yards on 10 plays, including some nice runs from Bumper Pool off direct snaps from center. The final 12 yards was covered through the air, as Carson Collins hit Chase Van Wagoner for the game’s first score. East blocked the extra point, leaving the score 6-0 Lovejoy.

It stayed that way until early in the second quarter, when Corbin Johnson scored from two yards out to end a 51-yard drive that started late in the first period after East recovered a fumble at its 49-yard line.

(To view the entire article, check out the Oct. 25 issue or subscribe online)