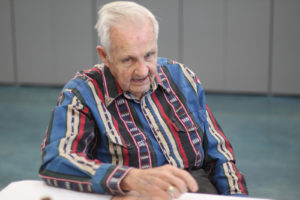 Embrace inexplicable the incredible freedoms, prosperity and the abound cornerstones of opportunities epitomizing the pursuit of happiness opportunities in our country of land and water. Let’s celebrate for Tuesday is Independence Day with an impressive, vibrant and diverse birthday of 241 years.

“Proclaim liberty throughout all the land unto all of its inhabitants thereof” is engraved on the cracked Liberty bell sitting on a concrete slab in Philadelphia. The Liberty Bell has not rung since 1835 (182 years ago) and the crack will get no larger for there is a metal “spider” inside.

Mesmerizing, this enchanting diligent work is a creation of its people and should be under the rule of all of its total legal citizens during a “get together” as implementations during speeches, parades and sentimental cook-outs bring for the moments of reconciliations underneath the huge “Old Glory” on this hot day. Unwind and at darkness the oohs and ahs form the elaborate fireworks closes this sentimental day. This land is our land!

Smiling from “ere to ere” Betsy Ross sewed the first American Flag in 1776 (241 years ago) but did not receive proper credit until 1816…forty years later. Accountable she intentionally chose red for valor, white for purity and blue for justice. Designated Wednesday (June 14) was Flag Day and we are informed that only one state…Pennsylvania…observes Flag Day as a legal holiday. Bursting with pride, light-up the fourth with lots of patriotic colors and set a festive fascination table.

Applaud the guts and glory of the power of creation and envision the steady drumbeat of disruption by accelerating the glamor sacrifice and willing to take the responsibility delighted with dedication. Traditional impressions are unforgettable memories in that America did not age, did change procedures and America changed the way it aged. Everyone is guilty of something.

Unforgettable memories and being America blessed there is a rapid, eye popping, life changing movement that was instrumental before and after our valued Independence.

Legislators (56) were elected by each Colony to provide Independence Decorations. History of the men of means is described, there were eleven professions represented and the total number of each delegate from each Colony is counted.

Included of each is their motto, colors and their duties.

America’s armed forces have been in eleven wars. The names and dates are listed, with the outcome. Memorial Day, May 29, was a remembrance of “ALL”.

John Wayne with sort of a smile told this former foreign correspondent: “You gotta go out yonder in this mighty country and see and visit all the enhancements. I’m gonna record what I think on a record.” He did.