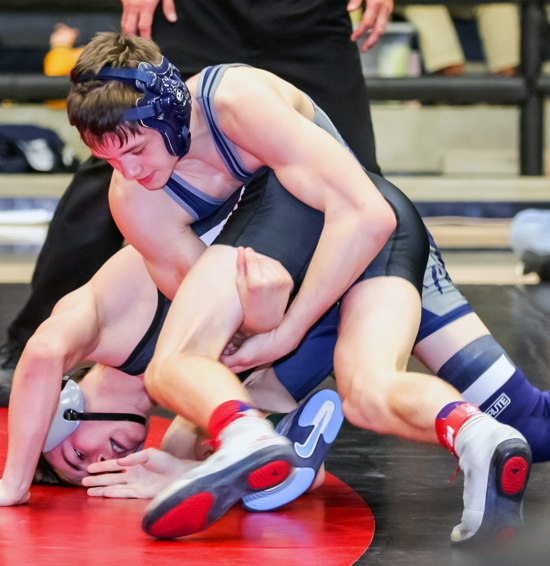 LUCAS — Nineteen Wylie ISD wrestlers took an important step last Thursday, when each qualified for this weekend’s regional meet in Bryan. They did so by earning a top-four finish at the Feb. 4 District 9-5A competition at Lovejoy High School.
Among that group will be an impressive list of first-place finishers; Wylie East’s Dayrion Jackson (113 pounds), as well as Wylie’ Ryan Rigby (126), Conner Wilson (132) and Stryder Rodriguez (182).
That assemblage, plus every other grappler in Bryan, will attempt to finish in the top four at Friday and Saturday’s regional meet; that earns them a spot at the Feb. 19-20 state competition at Cypress’ Berry Center. Wylie is sending 10 wrestlers to regionals, while East will have nine.
(To view the entire article, check out http://www.etypeservices.com/Wylie%20NewsID245/default.aspx)

Kisha Voss said she grew up in a community in which neighbors helped neighbors, and her job just seems to be a natural fit, because it’s some­thing she thinks she is geared to do. “It’s still that sma
View on Facebook
· Share

The Texas Department of State Health Services released updated COVID-19 information for Jan. 28. All counts, except for hospitalized cases, are compiled from the TDSHS website. State officials listed
View on Facebook
· Share