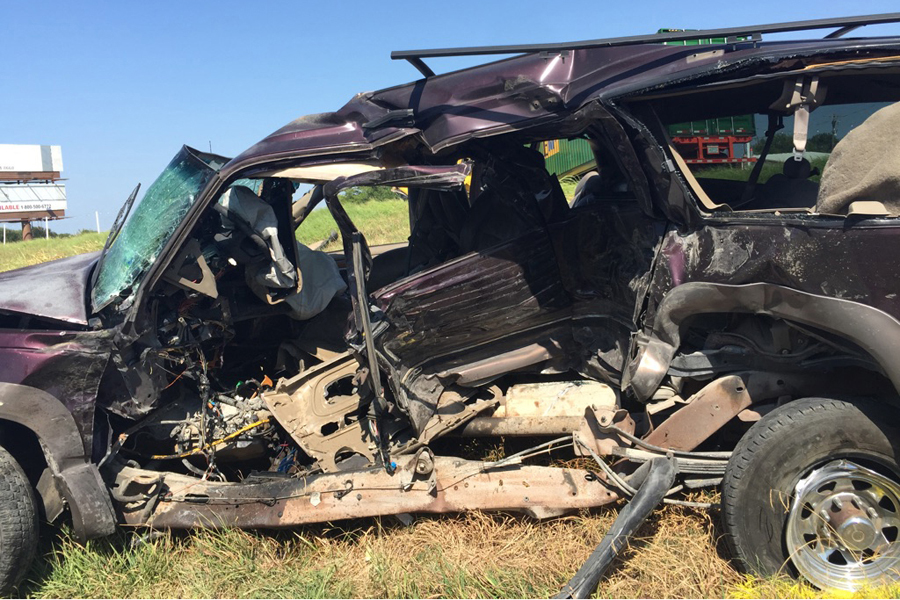 A 46-year-old Irving man died last week when he reportedly pulled into the path of a tractor-trailer rig at the intersection of Hwy. 78 and FM 549 near Copeville.

An Irving motorist died last week when he pulled out into the path of a tractor-trailer rig at Hwy. 78 and FM 549 near Copeville.

Pronounced dead at the scene was William Stufflebean, 46, of Irving, driving a 1997 Chevrolet Suburban.

Driver of a 2000 Freightliner also involved in the wreck was Jaskinder Khangura, 38, of Wylie.

Department of Public Safety Sgt. Lonny Haschel reported that Stufflebean was westbound on FM 549 when he failed to yield right-of-way to traffic on Hwy. 78. His vehicle was struck by a northbound truck driven by Khangura.

The tractor-trailer rig impacted the driver’s side of the Suburban, ripping the vehicle open.

The DPS is still investigating the wreck.

Another wreck on Hwy. 78 last Thursday, occurred shortly afternoon at about the Lake Lavon spillway. The wreck involved three vehicles but was not a fatality.

Collin County Sheriff’s Office spokesman Lt. Chris Harvey reports that Charles Andrew Johnson, 51, of Garland was westbound on Hwy. 78 in a 1999 Chevrolet Pickup when he cross over the traffic center line and struck a 2011 Cadillac Escalade driven by Jessica Schultz Thompson, 29, of Nevada, which was then struck from behind by a 2004 Ford pickup truck driven by Chad Swaner, 29, of Rockwall.

Lt. Chris Harvey of Collin County Sheriff’s Office reports that the wreck remains under investigation. No serious injuries were reported.